What rugby can teach us about leadership

Juan Tinoco has had a long career in team leadership and talent development, but also a lifelong passion for rugby, which gives him a varied and unique perspective on this part of his job.

Even though the two things (rugby and leadership) may seem unrelated, team sports can be a great metaphor to illustrate the relationship between people and the companies and organizations they’re part of. However, despite being one of the sports that most heavily relies on teamwork, rugby has hardly been used in any academic or professional capacity to draw connections between group dynamics either in the family or at work.

Interest in this connection between the business world and rugby led Juan to reach out to Jaime Nava, the then captain of the Spanish national rugby team, to pitch an idea for a book on that very subject. And together, they wrote Team!, a fictional story that shows us very real situations where business and rugby share the ball.

Many of the serious games that Gamelearn has developed work on soft skills like leadership, and for that reason, this book by Tinoco and Nava, and the vision it provides, caught our eye. To learn a little bit more, we sat down with Tinoco to ask a few questions.

GL: Is there a leadership model that’s prevalent in Rugby, and can you apply it to the business world?

JT: Rugby has a number of rules that dictate how you play the game, but the driving force is leadership and team cohesion. The sport’s values can easily be implemented in an organization. In rugby, you can’t get away from these values, but in companies sometimes they can be forgotten, thought out but not put into practice. Because of the global pandemic, at the moment, many organizations are rethinking and redefining their aims, in large part to make sure the objectives they set are actually being reached.

Meanwhile, on the field, rugby has a vision of leadership that involves everyone — each teammate has a role to play and each person can affect the outcome of the team. The way the game is played determines each player’s crucial role, and that’s something that could be applied in other people-based systems. In rugby, at practice and during games, each person has their role to play, and when something goes wrong or the team loses, the fate of everyone depends on the person standing next to them.

GL: Why is rugby the model of teamwork and not another team sport?

JT: In other sports, even team sports, one dominant player can make all the difference in the world. For example, in basketball, a LeBron James or a Michael Jordan can win you a game almost single-handedly. However, in rugby, due to the way it’s played, one single person can’t have as much influence on the final score. Because the teams are so big (each with 15 players on the field), for as much as someone stands out for their physical or strategic prowess, if their teammates don’t do their part, that player won’t be in a position to let their skills shine. In rugby, it’s hard to find some like Messi that can dance his way through the defense and score without someone laying him on his back first.

For example, in the book, we talk about the legendary 1995 Rugby World Cup final in South Africa, where New Zealand’s Jonah Lomu, widely considered the best player in the world, was no match for South Africa’s cohesive, team-first approach. The All Blacks lost the match 15-12.

There were three types of leadership on display during the game: the first, self-leadership shown by the players on the field. Each and every man chipped in his part. The second was team leadership, which can be exercised by different people at different parts of the game. At a company or organization, it’s when we assign different responsibilities to people depending on their strengths, weaknesses, and individual personalities.

Lastly, we have strategic leadership, which in rugby is usually shown by the captain or coach, but not always This one has to do with the difference between the ancient Roman concepts of auctoritas vs potestas, or authority and influence vs institutional power. The person who assumes leadership can do so through their influence on the team (personality, skills, etc.) or by their standing within the power structures of that team (coach, general manager, etc.).

GL: How would you define rugby’s leadership model in a nutshell?

JT: In the book, we call it “oval leadership” to tie it into something that’s so crucial to the sport — the ball. But the idea behind using that adjective, oval, is to imagine all the values that comprise the sport, some of which we’ve already mentioned: self-leadership, team leadership, and strategic leadership. But, of course, this is nothing new. In the book, we take a less theoretical, more practical approach to the basics of what we already knew: values with a purpose, and these three dimensions of leadership which, when they are applied, work.

GL: Why did you choose a fictional story to convey your message?

JT: The whole idea was to avoid the typical, dense, essay-like leadership book. We wanted to paint specific situations that the reader could directly identify with. Our goal was to tell a story of growth and transformation, and for that, we needed a storyline. The book tells the story of a manager facing a complex task requiring strong leadership. By relating what he learns on the rugby field to what’s happening at work, he’s able to tackle his problem and solve it in a way he didn’t think possible. 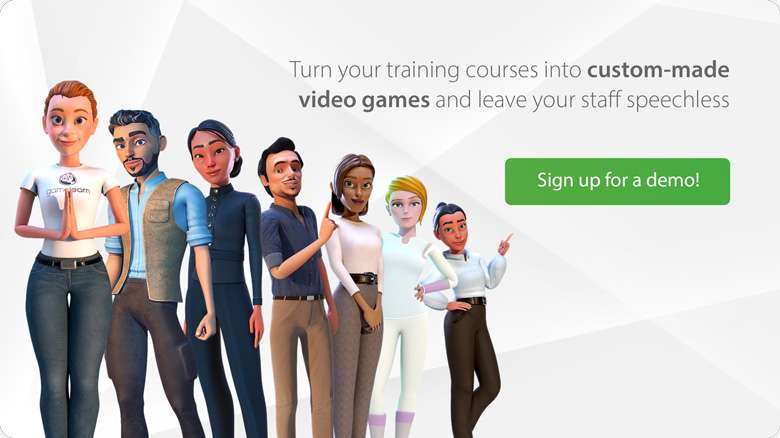 GL: Was it hard to write as a two-man team? How did it work out?

JT: We started out with two people, but by the end, there were three of us. The contributions of our editor were invaluable. I more or less wrote the story, but, as we started writing, things changed as we realized there were certain situations specific to his sports background and my business background that needed to be included. Once we hit our stride, our editor, Jose Angel Martos, was able to step in. Although he didn’t know much about rugby, he really believed in the project and helped us craft a much more cohesive and readable text. So, each one of us brought our strengths to the table, and we were able to put out a book we’re proud of, even though we could only see each other through video chat during the home stretch. In fact, we’ve only ever met Jose Angel via video call.

In any case, if there is one thing that’s clear after this whole process, it’s that the end result has been much better than if we’d each approached it alone.

“Team! Lecciones y valores del rugby para la vida,” published by Editorial Diëresis, is on sale now. You can find it in bookstores and on the publisher’s website (in Spanish).

How HR Directors can drive improvement in sales

How HR can help improve productivity throughout the company