In this blog we have been telling you many things about gamification and game-based learning (GBL). We have talked about the trials faced by e-learning, analyzed the challenges to GBL companies, we have told you about the advantages of gamifying your company and revealed the secrets of the first game on leadership in the market.

Today, we are gathering ten pioneering examples of game-based learning or gamification. This is our ranking, from 10 to 1:

The web-based tool Alleyoop aims to teach Math in a fun and effective way. This example of gamification is directed to teachers and students to develop personalized learning plans.

Through mathematical challenges, mixed up in game dynamics, students can learn and improve their knowledge in this area.

Alleyoop includes tutorials, videos and thousands of practical exercises in order to help students overcome their fear of one of the scariest subjects.

Everyone knows what Microsoft works on and virtually all of us have used Windows sometime. Thousands of users all over the world use the tools by this software giant, which implemented a gamified project to test Windows 7 and introduce language improvements.

It is a gamified tool for internal use, but Microsoft used it for their workers to correct linguistic errors in the Windows 7 system based on geographical area and language used. It was proposed that the offices which found the most mistakes would be rewarded, thus achieving total employee involvement, and what a priori was a tedious task, became an engaging activity due to its competitive aspect, and encouraged all those who collaborated with the initiative.

A simple example that placed the emphasis on beating levels and on its reward system, a key aspect in gaming dynamics. 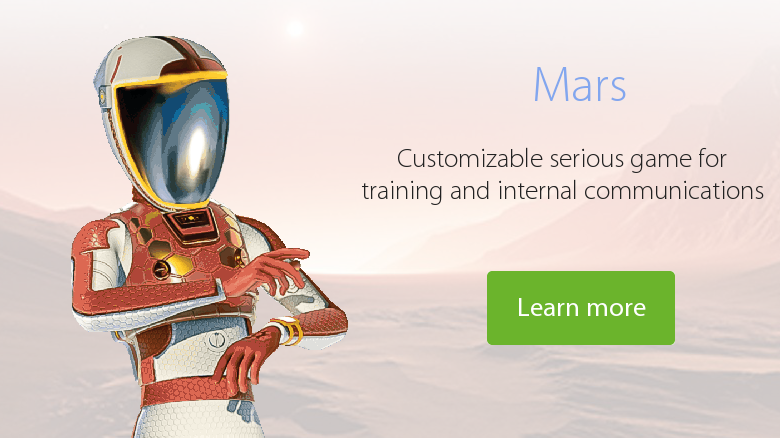 Many running amateurs know about this application that turns running into something more than a mere exercise to burn calories. With Nike+, users compete against themselves and the Nike community, because this tool allows you to record speeds, distance traveled and calories burned during physical activity.

Runners share their results with other runners, whose participation and interaction in the community helps to improve and extend the image of Nike. The sharing of sports performance reinforces the identity of the community and improves the engagement of a person in a common goal, in this case doing sport.

The tool “gamisfaction”, as its name suggests, uses gamification to attract Twitter users and promote interaction within the virtual community. This service rewards the most active Twitter users with points and achievements based on the intensity of their activity and interaction with other users.

So, Gamisfaction rewards with more points those “followers” that get the most Retweets and Favorites, and encourages participation in the microblogging social network.

At BBVA they have launched a gamification strategy to promote the use of online banking. Users accept challenges and perform actions on the bank’s website, so that they earn points and prizes.

The aim is to familiarize BBVA clients with online banking so as to lighten traffic in physical branches, often saturated.

4. The League of Clinical Cases

The Spanish Society of Cardiology (SEC) launched in 2015 a challenge for health professionals consisting of a league in which doctors regularly published cardiology clinical cases and multiple choice questionnaires.

Participants scored points through their answers until they reached a final phase that culminated with an awards ceremony at the Congress of Cardiovascular Diseases SEC 2015 in Bilbao, this last October.

The participants of the League of Clinical Cases signed up individually, but the competition took place in teams of 3 to 5 participants. Prizes were awarded to the winning team (Basurto), runner-up and third place. There was also recognition for the best clinical case and the individual winner.

The objective of Simple Energy is to motivate people to save energy. An ecological goal that uses gamification to inspire users and lead them towards taking action.

Simple Energy’s commitment is to help their customers better understand their energy consumption so they can optimize it to the maximum.

This gamified tool uses incentives so that users get involved and interact frequently in the platform, with competitions on energy saving and leaderboards for it all to become a fun challenge.

It provides valuable messages and tools that users can employ, and makes saving energy something more accessible and fun.

The National Society for Road Safety in Stockholm and Volkswagen launched an innovative radar system using gamification to promote respect for speed limits on the road.

This initiative rewarded those who respected the limits and included them in a lottery, whose prize was raised with speeding fines.

The program was a success in the Swedish capital and got to correct road driving habits in Stockholm, reducing the average speed on their roads from 32 to 25 km per hour.

In late October, Gamelearn presented the first game on Leadership and Team Management, the simulator Pacific.

In this serious game, users put themselves in the shoes of the group leader; a team of voluntary workers have been trapped on an island on the way to a humanitarian mission and they must build a balloon to escape.