10 innovative companies to keep an eye on

Companies that stand out from the competition do so for a variety of reasons, but creativity is something that never fails to make us take notice. It can be seen at every level, from business models to design, training, technology, organization, and more.

Companies built on innovation set themselves apart for their ability to solve problems efficiently and adapt to changing times. They are the ones that make a splash in their industries.

In our current era, where it seems like more and more is possible every day, certain companies continue to push the boundaries. With the continued progress of AR, VR, simulators, and other such technology, we can only expect the growth to continue.

Let’s take a look at 10 innovative companies that we’re sure we’ll be hearing from in the future. They may be in different industries, but they’re all built on one unifying aspect– a commitment to innovation.

An Artificial Intelligence startup from Bristol, they’ve designed an Intelligence Processing Unit (IPU) chip for industrial-strength machine learning. Their chips allow AI systems to work faster than ever before.

“We see a world where technology improves human potential and leads us to a new era of intelligence and progress everyone can benefit from.”

Since 2019, Graphcore has been working with Microsoft and Dell to expand the reach of its technology, and make it available to other companies on demand.

With a focus on wind turbines, Enercon is one of the largest energy development companies in Germany. They’ve enjoyed steady expansion over time, and now are shifting attention to their international presence.

Currently, Enercon is invested in seeing through the process for creating wind energy from start to finish. For this reason, they’ve embraced Merchants, the cloud-based training simulator meant to hone employee skills.

Throughout the course’s lessons, which are conveyed through realistic simulators that create real-life situations, employees learn about and improve their negotiation and conflict resolution skills. 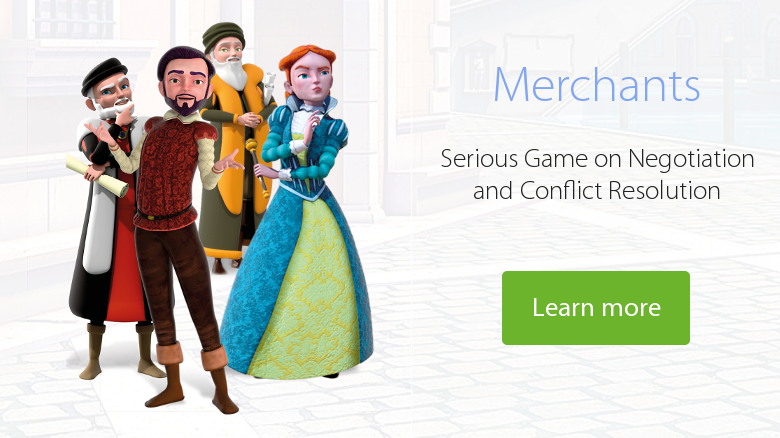 Kyle Freedman, Enercon’s Corporate Training Manager, affirms that the quality of the simulator was one of the elements that engaged and motivated his employees:

“It’s like you’re in a Disney or Pixar movie. The implementation is very easy and everyone has fun by learning.”

At Enercon, they’re not only invested in a better future, but they’re also cognizant of what it takes to thrive in the present– in this case, innovative training for their employees.

You may have already heard of Canva, the web design tool that’s simplified the work of millions of professionals. Founded in 2012, it features an intuitive interface, customizable design, and the flexibility to use the tool on multiple different devices.

Canva, like most current platforms, works with a subscription system that consists of free and paid premium options. The Australian company currently has over one million paid subscribers and over one million presentations, which are developed through the tool.

At Canva, they’ve been able to identify the needs of the marketing side of design. In response, they’ve developed a value proposition to generate designs that can be quickly adapted to the most widely used formats. This includes a wide range of options: from business presentations to social media banners.

Nowadays, access to information and knowledge has become almost universal. Companies willing to tap into this potential, and use it to foster creativity, tend to stand out from the rest.

A good example of this is Sanitas, a pioneer in the health sector, whose goal is to change up and add value to the traditional training process. To this end, the company opted for the video game Merchants to help shake up their approach. In doing so, they saw improved engagement and higher knowledge retention.

Daniel Ferreiro, head of Human Resources at Sanitas, says that the video game:

“transformed behaviors and attitudes” within the company. “It was spectacular,” he insists.

Given its success, the company continues to invest in training video games with other titles like Pacific, which allows them to cut down on costs and build up their teams.

Healthy.io is a company that’s managed to expand the use and functionality of something as ubiquitous as cell phone cameras. Their application involves a multidisciplinary team specializing in urine analysis, offering users the option to take the test from home. The whole process is approved by the UN Food and Agriculture Organization.

The app design is intuitive and user-centered, providing guidance and security throughout the whole process.

It never ceases to amaze us how powerful technology can be when used for the common good, such as improving the human condition.

Packt Publishing is a UK-based multinational that publishes programming books online. Since 2004, it’s focused on providing quality content and professional IT courses.

Even with a quality product that had given them stability in the market, the company was facing internal challenges due to the global and diversified makeup of its staff. To tackle this, the HR department decided to embrace game-based learning training methodologies and in the process overcome time constraints and the need for a physical classroom.

As a result, they saw employees voluntarily attending the training sessions, motivated by what they were learning about leadership and team management from the serious game Pacific.

The results were positive top-down for the whole company and experiential learning shows us once again the value it can offer.

With billions of people all over the world now more connected than ever, translation has become one of the most sought after services out there.

The main challenge is that machine translations, as a general rule, just aren’t as good as a native speaker.

However, Unbabel saw this problem as an opportunity to break down language barriers between companies and their customers. They do so through an AI system that generates content which is later perfected by a global community of linguists.

Once again, we see technology as a way of improving the human condition. In this case, allowing people to communicate and establish relationships with others in a way that would have been impossible not long ago.

The German company Apollo-Optik is a leader in the country’s optical retail market. They two defining elements of the business are the high-quality materials they use, and its human capital.

To shore up the latter, Apollo-Optik chose the serious game Pacific, a leadership and team management course. Taking advantage of the game’s high-quality, interactive content, employees actually enjoyed the training process and more effectively learned the skills they needed for their day-to-day at Apollo-Optik.

Due to the inherent benefits of gamification (increased engagement, better retention, etc.), we can see that applying it to the learning process will be the future of business training.

Incountry, founded in California just a year ago, is a pioneer in an industry that will surely be around for a while. Now available in 60 countries, the company offers “data residency as a service,” while maintaining compliance with pertinent guidelines and guaranteeing privacy.

With a digital transformation happening worldwide, concerns about encryption, anxiety about protecting information, and new data protection laws (GDPR in the EU) have created a niche for Incountry.

This company stores user data in their home country but the privacy they offer their clients is what that sets them apart from their competition.

AXA, the French insurance multinational, is active in more than 50 countries and has dedicated its efforts to improving the quality of life for all people, including its employees, since its founding in 1985.

The company has created learning pathways in key skills using gamified e-learning courses. AXA Assistance built the foundation of its training process on bolstering its employees’ soft skills through engaging serious games such as Triskelion, the course on time management and personal productivity.

These 10 companies can be models for many others looking to move into the future with innovation at the helm. We hope these examples have been as big an inspiration for you as they were for us.